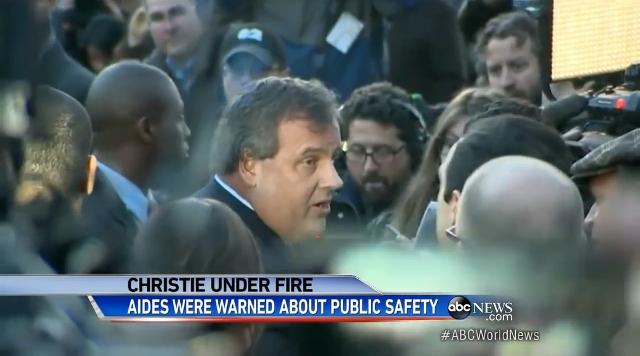 There is currently an ongoing investigation of possible political retaliation connected to Chris Christie, mayor of New Jersey. This sounds interesting, but the political scandal takes form in a traffic jam. However, this particular traffic jam takes span over several days on George Washington Bridge Lane in September. The Port Authority of New York and New Jersey produced a study tested whether closing the lanes permanently would improve the traffic flow.

The traffic situation became political outrage last week after there was a revelation that some of the New Jersey governor’s allies where involved in the lane shut down. As the investigation continued, emails between Christie’s supporters were discovered and linked them to the traffic jam. It is believed that his operatives rigged the closing of the lanes in order to retaliate against Mark Sokolich, mayor of Fort Lee, New Jersey, because he did not endorse Christie’s reelection. However, after further investigation, Christie has been found not guilty of all accusations. His appointees were found to be inexplicably connected to the lane closing. Christie claims that he was not even aware that they were pursuing Sokolich’s endorsement and has apologized publically for the actions of his employees.

Since then, he has fired his deputy chief of staff, Bridget Anne Kelly. Although Kelly has blatant evidence connecting her to the lane closing, the problem has not yet been resolved. It is hard for onlookers to believe that she is the only person on Christie’s end who was a part of the road closing that held back commuters, school buses, and emergency vehicles.

Investigation continues but for now, Christie is not willing to resign from his position and denies any affiliation with the scandal directly. However, this still poses a great threat to Chris Christie’s running for Republican candidate in the 2016 Presidential Election.