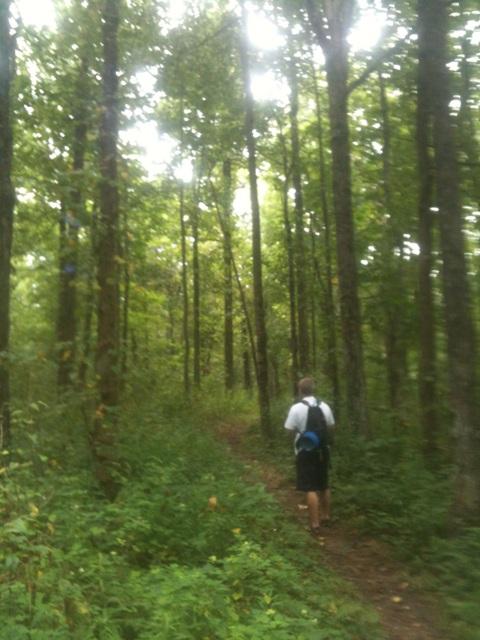 The world reaches far beyond the bounds that any word could capture. Out there, out in the wilderness, or even just within the walls of a foreign, exotic city lay the answers to all of life’s struggles.

Let’s go play video games!  Let’s watch TV all day!  Let’s read a book about a pointless made up world similar to ours!  Let’s sit inside and rot away in the darkness!

What has our culture come to?  Humans were born to trek across the world and witness the miracles of the universe.  Yet so many of us live within a world made up in our heads, or worse, inside someone else’s head, manifested onto a TV screen for our lazy amusement.

In the very back of its head, the world wishes for a life of adventure.  It wishes for a life where the daily jaunt through the park becomes a near death experience that sends one’s adrenaline rushing beyond unthinkable bounds.  So many of us see that world as unreachable, one that can only be glimpsed through a screen.  We have all been taught that the only life to live is the one of the most money, the one everyone else strives for.  Sad though it may be, the only frontiers this life will see are the walls of a cubicle and the unseeing face of a monitor.

Our lives were not meant to be lived this way.  When did the mountains become untouchable?  When did the waters of distant lands become less than a memory?  When did man and woman’s fear of their dreams outweigh their sense of adventure?

Only when they started doubting.  Only when risk became a weakness.  Only when a soul’s worth equaled a coin’s.  Mountains crumbled to dust.  Trees fell away like twigs.  And every beast and being once valued as brother became profit.

The fall of nature mirrors the fall of everyday bravery.  As humans left the harshness of weather and responsibility of the fields to hide within their walls, the reality of life and existence stayed behind.  Yes indeed, we have grown smarter and older, advancing our pitiful technologies in hopes that life’s meaning will become clear.  Our knowledge has grown, but our wisdom has failed us.  Where have the philosophers gone?  The people that could glance at a stone or a leaf and see life’s mysteries unfold?  Where have the dreamers disappeared to; those who could lead the world by thinking differently and seeking their desires without thought of profit? They, as well as the rest of their cultural brethren, lay on the comfiest chair, living day and night within a screen of electrons as if their purpose never existed.

The world reaches far beyond the bounds that any word could capture.  Out there, out in the wilderness, or even just within the walls of a foreign, exotic city lay the answers to all of life’s struggles.  World peace.  Anti-racism.  The end to all pointless struggles.  Out in the world lay every lesson that must be taught to our people.  If every last human being traveled to another land, even for a day, the wars of the world could be avoided.  For what is war but fear?  What is fear but misunderstanding?  And what is misunderstanding but ignorance never sought to be corrected?