Needle to the Heart 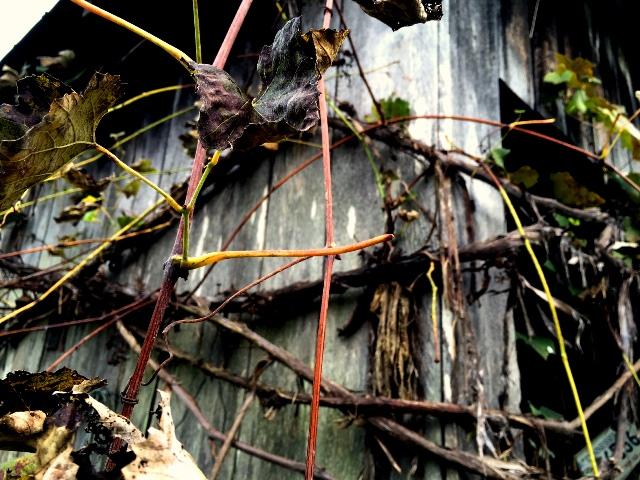 As his mother threads the needle for a quilt of his life, young James endangers himself on the frugal frontier of a nation at the expense of his mother’s symbolic gift.

She ran her needle through the fabric, molding the pieces of his growing life together one fluid dip of her wrist at a time. The heavy sun held itself protectively above her, radiating heat upon her infant’s needlework gift. The point pierced unseen holes in the fabric as the young boy pierced a fallen leave with a stick nearby, laughing at his produced destruction. The air allowed a breeze to brush against the woman’s concentrating face, blowing inspiration softly into her lungs. The boy blew bubbles with his slobber, amazed once again at what he could produce on his own. He waddled further into the welcoming woods as the thread danced with the needle, allowing its direction to twist and guide the needle and thread through their intended path. The boy followed the trees, their vertical paths to the sky guiding him further into their forest.

A cloud overtook the sun and cast a shadow upon her work, immediately fading and cooling the colors of the quilt. Sarah Winchester bit her lip then, subconsciously realizing the silence that accompanied the darkening of her vast frontier world.

“James?” she called anxiously. Her motherly instinct caused her to worry despite the short length of time since she had looked up to see the boy playing calmly by the creek.

The creek wandered coolly through the mountain woods, the frequent worry of a mother’s racing mind. All dancing stopped between the needle and the thread, but Sarah’s feet partook in their own paced strides on the way to where the creek splashed behind the log cabin.

“James?” she called, but the name was heard only by the trees, who would not give the answer to their child’s whereabouts. Sarah felt her chest as she always did when overcome with emotion, her outstretched palm feeling each beat of her accelerating heart. She focused on the stimuli around her and tried to focus on her consequential senses, knowing a collected head would allow her better chances of finding her little one. Benjamin always patiently reminded her that her chronic worry got the best of her, and perhaps it did, so she would have to find balance between concern and calmness in this moment of oppressive desperation.

Benjamin bent over the autumn harvest, swooping the scythe and reaping the hay rhythmically through the field. His back was turned to Sarah when she advanced towards him, but her pained yells twisted his head immediately towards his love. He nearly cut himself with the blade in his right hand as he did so.

“Ben,” she called, commanding every cell in her lungs to make her voice reach his anxious ears. “It’s James. I’ve looked everywhere.” She had padded through the moss that straddled the creek, rushed through the ferns and thistles that overtook the pond, and climbed with adrenaline strength through the rocks embedded within the mountainside. She had failed them both.

Her husband looked about him in vain. He did not know where the wind had taken his son this time. He only knew that James had the wildwood blood of his precious mother.

“Darling,” James pronounced with the aura of a natural-born leader. “I will saddle up Blue Bend and ride as fast as I can, but I need you to get to the Lover’s Peak to look down upon the holler and tell me where to ride to our son.”

The omnipresent trees overtook Sarah as she treaded beneath them on the mile-long trek to the bluff, calling her toddler’s name as she went. She cursed herself for her failure, but appreciated Benjamin’s lack of accusal. Her mind threw her pictures of bears and coyotes and the hired Injuns that lurked nearby, coating her conscience with a constant flow of newfound guilt.

Twigs cracked like lightning beneath her feet as she continuously tread through thistles and branches and poison ivy. At one point, she nearly feared a loss of location, but she quickly regained her bearings.

Benjamin sent her heart to fluttering when he galloped startlingly close and quickly up behind her, but her blood did not float in the way that she was used to upon the sight of his fearless face. Her anxious nerves could nearly be seen on every inch of her body as she turned to her husband expectantly. Frightened of bad news, her mind waded on the edge of delirium’s waterfall.

As Benjamin fought to speak, Blue Bend reared up, jostling him dangerously through the branches and empty air. Her heart ached to help him as the beast stomped his forelegs into the moss, ripening thunder and yielding lightning.

All else faded from Sarah’s mind as the image of a bear consumed her heart. She watched in paralyzing shock as Benjamin was thrown from the horse onto the forest floor. The frontiersman father fell through the still forest air and landed loudly. Seeing only through the black spots that had overtaken her vision, Sarah made for her husband’s frame, his body piled in a painful heap.

“Ben-ja-min,” she managed through choked syllables, dripping eyes revealing her wet worry and consequential loss of control, for who was once her rock had crumbled. She touched her hands to Benjamin’s broad shoulders, rolling him gently to where she had a bittersweet view of his face.

His head bled in a narrow stream down his lovely neck, but his opal eyes took in his loving wife. Sarah’s mind raced between the onset of their desperate search and the unaccompanied quest to come, but the injuries of her sweetheart outweighed her fear of carrying the search on alone.

“Find our son,” Sarah heard through her sobs, as she kissed her husband’s mouth with salty, wet lips.

“Shh, Sarah, don’t worry about me. The minute my eyes see you both together will be the moment I am miraculously healed. Until then, my angel, I give you my boundless love and best wishes. I am sorry I cannot-” His words ended as quickly. As did Sarah’s world. She had, in only the course of an hour, lost her only loved ones. Fearful of her husband alone defenselessly in a bear-run forest, she quickly tied the repentant Blue Bend to a nearby tree and took off, leaving her worry with her tears which stained her love’s homespun collar.

The forest flashed by in shades of green and brown, a whirlwind of stripes and patches. She did not watch the ground; she did not look ahead. The only images present in Sarah’s mind were those of the love of her life and her precious creation.

“Fear not, my dear Sarah.” Gold flinted in his eyes and flickered in his hair as her neck tipped back to drink in his vivacious face. Butterflies were ballerinas in her budding stomach when she looked at him, the father of her soon-to-be child. This wilderness was the garden of their affection; this frontier, of their excitement. Eager to bathe in this new life, she kissed her husband’s cheek and imagined them forging an existence entirely of their own.

The trees flew at her sides; how easily her old friends had betrayed her. Stumbling through shimmer-strewn streams and cold-cut stones, Sarah beat a path and fought for her dream. James sat inside her chest, swinging his legs and beating her blood with his heels, sending her running faster.

“Sarah! I’ve looked everywhere for you. You had me worried, my love. You had me worried,” his words trailed off as she wrapped her arms around his neck, his skin still warm from storing the sun all the livelong day. She relaxed in his placid pool of a mood; he should have known her to be in the woods.

Sarah stopped short, wallowing in the air and latching onto a tree for support before remembering herself and peering ahead at what appeared to be a tousle of hair, glinting with gold.

“Ma-ma,” the little boy dribbled from his voice as he dribbled her apple butter from his mouth.

“Sweet pea,” she replied, rubbing her thumb in the soft but sticky dent between his bottom lip and his chin. He didn’t mind making messes. He took after his ma-ma.

She tiptoed to him, though the entire breadth of the journey she had been running. James stopped beating his heels, stopped breathing inside her.

“God, please,” she whispered, reminding herself to take another breath. She remembered to fear not, stepping firmly toward the furry head.