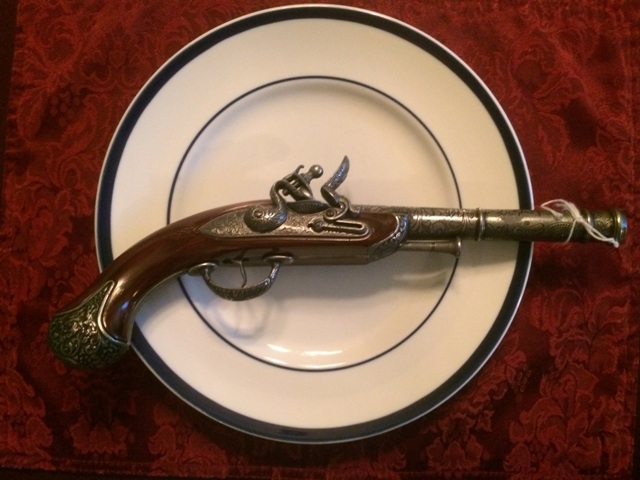 When your path is so plainly lain before you, what choice is there?

The hour is uncertain. The road in front of me, vast and without apparent end. My destination is there,  just beyond the edge of the rain.

“Fine night to be about,’ ey?”, said a passer-by. The question was, of course, asked in irony and required no answer. And so I gave none, and proceeded on through the torrential mist.

Fine night to be about. Despite what that man, now long departed, seemed to imply, I thought it to be very much, a fine night. It was as perfect for my condition as it was perfect for my intentions. True, it was unrelenting, but it was also lonely. And I had no need of any company.

I try to keep my eyes fixated upon that horizon. To waver, even an inch, would compromise my resolve, and I knew that I could not afford to lose an ounce of will. I had promised too much to waver now. And yet somehow, that does not stop me. My gaze fails, and my footing begins to slow, as my thought start to weigh me down.

That earnest request still echoes clear between my ears. Though it had been spoken at first so softly, it now seemed to wield a great, if not threatening, power. The voice called again.

It wouldn’t be an unfounded assumption to think it was the fear of that voice that coaxed me into proceeding forward.  I did fear it.

But it wasn’t fear that kept me going.

I went on. I first passed the idled shops along Timm’s street.  With quiet dismay; I found each one to be left dark and vacant.

There used to be friends in those shops. A Jerry behind the counter. A Mary perusing the aisles. A Larry, always hanging around the fountain. I saw them, only a day prior, and already they feel so horribly distant.

Do I dare distance myself even further? To abandon them, when they had refused to abandon me, was that not thoughtless? Was that not heartless? They had given me everything. Yet, I consider throwing that all away through one, awful deed. What was the sense in that?  I considered marching into those shops then and there, in the strange hope to hide away from the burden of that voice,and escape my obligations, however inevitable they were.  But I knew that would be futile. I knew I hadn’t a choice in the matter. So I kept walking.

There was a moment of relief as those shops disappeared behind the corner. I felt as if I had overcome some dangerous obstacle: some persuasive temptation that, if  dwelled upon any further, might have compromised my sacred mission.  I suppose in a strange way, the notion gave me pride. It’s a sickening thing to admit, but it would be worse for me  to deny it.

I marched to the Old Town Plaza determined to achieve my goal, yet, frightened at my own determination.  To my relief and my dismay, there was no one around to stop me: only open streets and darkened buildings. Then, as I entered beneath the archway and into the square, a something seized me.

Yes, I found myself surrounded by the eyes of my country. Our liberator stood there, by the county hall, frozen in bronze with an iron gaze. He had asked me if this is what he had fought for. I said I did not know. Then, by the bank, our architect, turned his still eyes awy from the future and down lowered me.  He asked me if I was not satisified with what he had built. I said I did not know. Then, I saw him: Our leader, our guide, the face of my beloved country. He looked upon me then, and questioned me.

I said, so miserably, the simple truth:” I did not know.”

I didn’t know. Oh, God in heaven, I did not know! “Please,” I implored. “You don’t understand. These questions I know not the answer to. I only know what I had promised, what I have to do.  Please, don’t ask such things, can’t you see that it only makes this harder? Can’t you see I am already struggling enough?” I stood there, expecting one to respond. But they were only metal. And I was the lunatic screaming at them.

I suddenly felt dizzy. It was then that my worst fears seemed realized. It should have been obvious, it should have been immediate. The statues spoke nothing to me. There was only me and my voice, my mind, and every one had betrayed me. Was I mad? Was I in such a lowly state, that the even the inanimate and unassuming spiraled me into conflict and confusion?  Was I that lost?

Doubt began to shadow over me. My goals and my purpose suddenly seemed less sure, less enduring, and more like the wild dreams of a dissident madman. Had I wasted myself in this pursuit? Was my purpose so fundamentally flawed?

My eye, as if directed by some guiding hand, caught very edge of the grey walled-monstrosity as it pierced the white-mist veil.

Contempt and isolation have a way with the soul: given long enough, the pressure from the two could make the heart give way, and twist the mind into unnatural shapes.  There was truly no better a catalyst for such an unholy idea as murder.

I know it was wrong of me. I know I should’ve seen  those walls for the omen they were, rather than the sign I wanted it to be. But, as I saw it appear before, I could not help but feel a renewed sense of resolution. I began, once more, to feel justified in my pursuit.  “Was it so wrong to ask for recompense? For retribution, for such a grievous offence as this? An eye for an eye, is that not how the proverb goes?”

I turned before the house of God, which lay beyond the end of a stretching marble corridor.

“If one had stolen years of your life away, were you not justified in taking them back?” I asked Him.

“We are given a right to our own existence, are we not? To our own freedom and will! To be denied this, for so long, to the extent of suffocation, to the extent of madness. Was I so wrong, so lunatic, in demanding such a return?”

I waited for a response. I waited, but I received nothing.

Not even He could answer me.

I was alone in this endeavour, in this reasoning. I alone, on this earth, understood the truth of the matter. And I alone was the one who had to do what was right.

I marched forward, to the courtyard.  The Justice’s home was just on the hill, not far from the house of earthly judgment itself. I felt no fear, nor no doubt that I would soon be to both.

Do this, she said.

I at last came to his porch. The wind was cool, refreshing against the heat of the day. A fine night indeed to leave open a window.

I accepted that as my invitation. My feet fell to the wood, with a muffled thud. As if by the devil’s luck, my sudden presence disturbed nothing more, and all remained quiet as I creeped along the creaking floor.

I wondered, then, how far she had gotten.

She had made it this far, that I knew for certain.  But was she able to even take her first step, just as I had? Was she able, with feet as silent as mine, to cross the foyer to the hall, without provoking so much as a creak from the elderly floorint,  just as I had managed?

The answer, I would never know. All I knew, was that she never got to pull the trigger.

I intended to finish her work.

I had intended to. But at that moment, at the moment where it most mattered, I hesitated. My position aws perfect. The moment was right. Yet my finger stood frozen in the air, hovering just above the instrument of her retribution! Vengeance was ours with a mere press of the trigger! One twitch, and my sacred  promise at last would be fufilled!

It should have been so easy. The pain was there. The fury, the conviction. It had been there. It had been building  since the beginning.

She had endured so much in her short life. 26 years of abuse, disease, poverty, and not a moment of peace or reprieve. She paid all, but she received nothing. Only a sentence, and an ailing body.

I know it was wrong. I know it was disgusting. But, you must understand, they told me she was mad. They told me that the disease had rotted her mind, not cleansed it. They told me, if she wasn’t put away soon, she would do something rash. They were right, were they not? I kept her away and at liberty, and all it did was provide her a convenient means of getting her vengeance. She came here, just as I had now, to do the unforgiveable.  She had to be put away. They told me she had to. He, the one chosen by the law, told me I had to. If it wasn’t the institution, he would put her in a prison. As if there were any difference!

My hand couldn’t handle the weight of it any longer.

I stood there. Staring.

Should I pick it up, I wondered. Do I dare leave it there?

I suppose, in the end, it did not matter. I had stood there for far too long.

He had awoken. And with him, came the wrath of man and God: man with the blunt of the iron, God with all that was to follow.

That was some time ago. How long I cannot say. Three or thirteen years, it blurs together all the same.

What I can say for certain, is that I bear no ill will for what had happened. True, it had hurt, and still hurts even now. But I have no need to walk.  Not like there was any place I could walk to. Not within these walls.

Besides. It was in his right to be angry. I had intended to commit the crime, hadn’t I? A second thought couldn’t redeem that. There was no redemption for one such as me.

Though, I suppose it does not matter now. No where they put me, my damnation stays with me. My failures, forever etched in the fabric of my dwindling mind.

I failed to support her.

I failed to save her.

And I failed to give her even her dying wish.

At least, now, at long last, I have nothing more to fail. At least now, I can be forgotten.

And maybe, just maybe, when I fade, my sins will fade along with me.