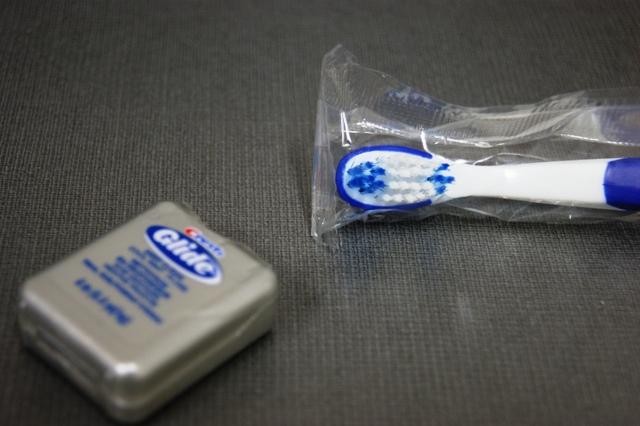 “This is an outrage...my son should be able to walk the halls of his school without having to worry about those [dental practitioners] shining a light on his dental hygiene,” says one middle-aged mother.

Parents are in an uproar over the newest addition to the North Forsyth High School staff, school dentist Dr. Amanda Spear, after Spear inquired multiple groups of students about their habits concerning the practice of brushing and flossing their teeth on a daily basis. Spear had been interrogating the students all throughout the past several months; however, the shaken students have only spoken out about Spear’s actions.

Spear was hired under the new set of regulations passed by the American Dental Association, ADA—which requires all public schools to hire a licensed dentist practitioner. Under the regulation, school dentists have the power to influence the dental habits of the student body if deemed “necessary and proper”. The question about whether or not Spear stepped out of line during the series of incidents is under investigation by Georgia and Dental law authorities.

Some victims of the controversy spoke out at an anti-dental hygiene rally last Tuesday. “I was in shock,” said senior Justin Tobakhoe, “Here I was in pain, with bleeding, swollen gums, and she thinked that she had the right to tell me that I should be brushing my tooths.”

Sophomore George Dippe witnessed one of such events unfold from a chair in the back corner of Spear’s office. He said the incident was so disturbing that he would have “thrown up on the spot” if his cancerous tongue did not occupy the majority of his mouth.

The ADA stands with Spear and guarantees that their investigative reports conclude that Spear had not done anything wrong. Dr. Cole Gates, an ADA official, assures that “Spear was under regulation.” Moreover, Gates commented, “as long as [he] lives to uphold the dental dream, no further actions would be necessary.”

In response to Spear’s actions, parents are writing letters to news companies, holding rallies and printing pamphlets opposing Spear’s ethical and economical standings. One middle-aged mother spoke out against Spear’s actions, saying, “This is an outrage…my son should be able to walk the halls of his school without having to worry about those [dental practitioners] shining a light on his dental hygiene!”

“It may be in the first amendment; it could be in the sixth amendment; it might even be in the 44 amendment; I’m not sure. But if there are two things I’m sure of it’s one: [the freedom to lack proper dental hygiene] is written somewhere in the constitution and two: those dang liberals are trying to get rid of it,” said another parent, scratching his protruding stomach through his jean overalls. Moreover, dental hygiene malcontents stand on nearly every corner, campaigning against the ADA’s conclusive reports.

Many parents want to rid North of the dentist; however, some students are content with Spear’s attendance and are advocates of Spear’s continued service. “I had suffered a painful mouth injury last week during fight clu—chemistry class, and the school nurse was not able to help as much as I had hoped,” said one such student who wished to stay anonymous, “…I have little doubt Dr. Spear will be able to correct the [multiple oral lacerations] I got from, uh, a freak lab accident.”

The Raider Wire was unable to reach Spear for a comment about the issue; however, her lawyer stated that Spear remains adamant on her stance concerning the daily practice of flossing and brushing.