Kicking, Clawing, Fighting: A Brief History of the LGBT Community 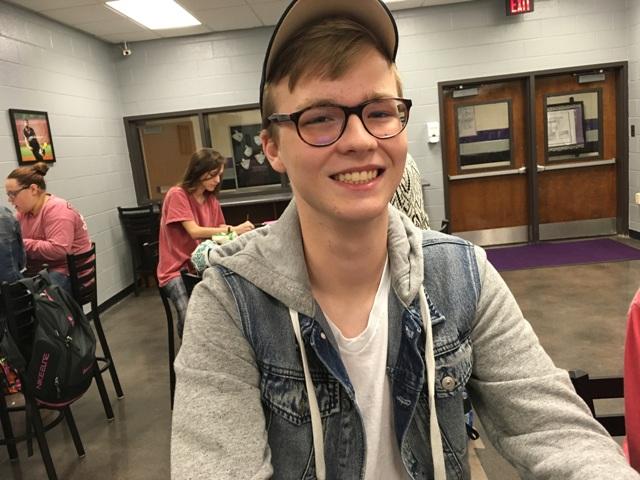 North Forsyth junior, Noah Smith, regards the LGBT community with respect and high praise, addressing the importance of acknowledging how the LGBT community sought reform. “I think that our history is us dying,” Noah says earnestly. “After a while, everyone said, ‘All right, fine,’ but there’s still the discrimination and hatred. I think history is important for every community.”

“In the mid-nineteenth century, heterosexuality and homosexuality are created.”

The words, coined by journalist Károly Mária Kertbeny, were written in chicken-scratch writing in a letter mailed to the Prussian legislature to equate same-sex attraction to opposite-sex attraction, to categorize the ways that a human being could experience sexual attraction, and to remove the idea of a hierarchy between the ideas.

The first ever LGBT community starts in 1925 in Chicago. It is called The Society for Human Rights, founded by Henry Gerber who is arrested, alone in his bedroom, after the police accuse him of trying to convert married men to a homosexual lifestyle. He compares his arrest to that of Oscar Wilde.

In 1948, Alexander Kinsey publishes a work that claims that 90% of people are bisexual and creates a scale of one to six of ‘how gay are you?’ It is called Sexual Behavior in the Human Male, and everyone is shocked at the idea that maybe the world is not as straight as everyone thought.

Two years later, on Dec. 15, 1950, homosexuality is declared a mental illness. Thousands of men suspected of homosexuality were discharged from the military; hundreds of men and women lost their jobs within the government. Women suspected of lesbianism were subjected to hate crimes such as corrective rape, which idealized the rapist converting the victim to heterosexuality through brute and violence. People who did not conform to gender normativity were put into psychiatric care.

On April 27, 1953, Executive Order 10450 forbids gay men and lesbians from working in governmental positions because of their security risks and mental instability. They are placed among alcoholics and neurotics, labeled as dangerous.

On June 28, 1969, gay youth inside of the Stonewall Inn fight back against police who attempted to raid the gay bar for three days. Kicking, clawing, fighting: they rebel.

On Nov. 27, 1978, Harvey Milk, the first openly gay man elected into public office in California, is assassinated. He had successfully campaigned against an initiative forbidding homosexuals from becoming teachers, and introduced gay rights ordinances that protected homosexuals’ jobs. After his death, he is labeled a martyr for the gay community.

On July 3, 1981, The New York Times first publicizes a story wherein 41 men developed a fatal and rare type of pneumonia and skin cancer in California and New York. All four men were gay. At the time, the CDC referred to the illness as GRIDS (Gay Related Immune Deficiency Disorder). This is the first mention of AIDS to the public under a different name.

After six years of inaction from the government and after the gay community founded its own organizations to combat AIDS, hundreds of thousands of gay activists marched in Washington on Oct. 11, 1987, demanding that President Ronald Reagan address AIDS for the first time in his presidency after thousands of gay men had died.  In 2014, a Texan citizen died of Ebola, the first case of Ebola in the United States. President Obama addressed American’s fears within the week of the citizen’s death.

In the summer of 2016, the largest mass shooting in American history occurred at Pulse, a gay club named after the founder who died of AIDS. This occurred 351 days after gay marriage was legalized nation-wide in America.

Homophobia has had a body count since even before there was a word describing same-sex love. Homosexuality has been brutalized, demonized, scoffed at, trivialized, sexualized, and argued against. The history of the LGBT community is soaked in blood that has been turned into rainbows and glitter, coerced into seeming like an all-exclusive club rather than a rebellion. Gay men have died by the thousands wordlessly, to this day unable to donate blood in conservative states like Florida where the Pulse shooting happened. Lesbians have been raped and sexualized for straight male consumption. Gay means lame, and lesbian is an insult. People “afflicted with homosexuality” are sent to conversion camps perpetrated by churches that preach they are the wrong ones.

In 1978, Gilbert Baker created the rainbow flag and assigned a meaning to each color: sexuality, life, healing, sunlight, nature, magic, serenity, and spirit.

Homophobia did not end with the legalization of same-sex marriage. It is still a fight for humanity, because the LGBT community didn’t form because of estrangement, or want due to feeling different. It began because people were dying and no one listened. It began from the systematic oppression that brutalized gay men, raped lesbians and then sexualized them for pornographic consumption, and allowed a disease to kill LGBT people off. Generational gaps exist within the LGBT community because of the government’s inaction.

We got here with blood and dirt under our nails. Kicking, clawing, fighting: we deserve to be here.