The Gifted Girl – Stereotypes in the School System 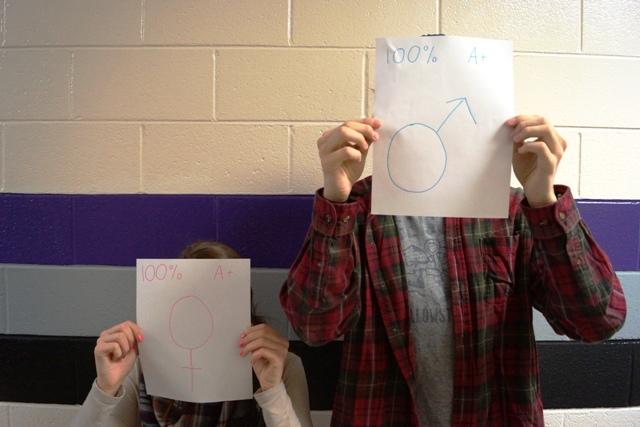 Girls are encouraged to remain quiet in order to allow boys to actively participate and speak out. Despite statistics exhibiting dominant female performance in schools, the stereotypical expectation is for girls to keep their mouths shut, to sit still and look pretty, an all-too-familiar mirror of the treatment women often receive in their adult lives as well.

We live in a world where prejudice based on gender is nothing outside of what is normal – from wage gaps to social beauty expectations, societal stereotypes influence the way women and men coexist. One place that few recognize as a breeding ground for gender stereotypes is the classroom; starting as early as preschool, female students are expected to excel in fields of language arts and creativity, as opposed to male students, who are pushed to succeed in math and science. Girls are encouraged to remain quiet in order to allow boys to actively participate and speak out. Despite statistics exhibiting dominant female performance in schools, the stereotypical expectation is for girls to keep their mouths shut, to sit still and look pretty, an all-too-familiar mirror of the treatment women often receive in their adult lives as well.

The root of this education issue lies in the personality stereotypes placed on boys and girls from birth. Various blind classroom studies have proven that “girls’ misbehavior [is] looked upon as a character defect, whilst boys’ misbehavior is viewed as a desire to assert themselves.” Another classroom statistic showed that “teachers give boys greater opportunity to expand ideas and be animated than they do girls,” meaning that a boy student can give the same response as a girl and be given more praise and encouragement to dig deeper.

In addition to the differing treatment boys and girls receive from teachers, gender is also a factor determining how a student is taught. Separate blind studies have shown that teachers will call on boys to answer questions regarding math and science and push girl students toward more “feminine” subjects such as language arts. In addition, if a male asks for help with a science experiment, the teacher is more likely to explain verbally how to do it, whereas with girls the teacher is more likely to physically take over and let the girl watch.

The problem affects how teachers individualize learning as well.  One study reported that the average teacher will base their nominations for gifted programs on gender stereotypes. “A voracious reader who is male will receive higher ratings than a voracious reader who is female from a teacher who believes that females love reading more than males. Similarly, a female who excels in mathematical problem solving will receive higher ratings than a similar male with teachers who believe that boys are better at math than girls.” Therefore, although there are significantly more female students than males in school gifted programs, the personality expectations of likes and dislikes for females and males has an impact on detecting gifted students.

It begins early, and that is vastly ignored by many people looking to solve feminist issues. My belief is that a problem can only be truly treated at its root, and only masked on the surface. By addressing the issue of gender bias where it begins at the primary school level, a more equal future can be solidified. Allowing girls the same opportunities as boys is common sense – not only in the spirit of feminism but also considering the statistics that demonstrate females excelling in all subjects. In pursuit of equality, the issue of bias needs to be solved at the root.