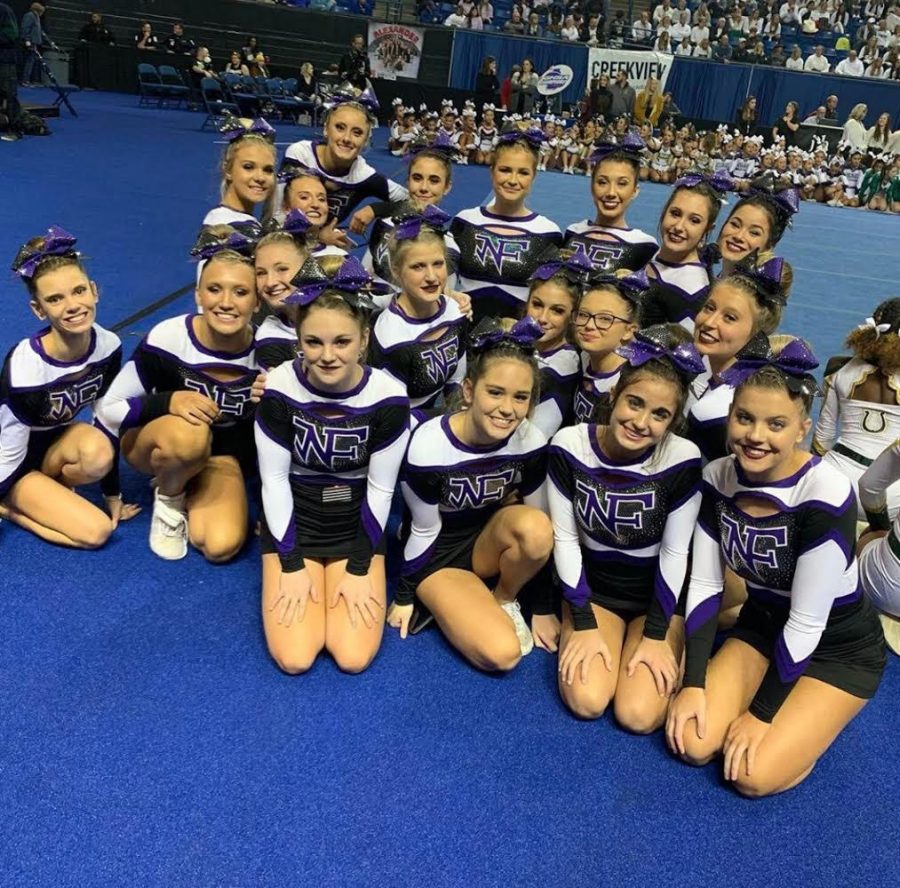 The competition cheer team on the mat after their 3rd place win. Photo by: Georgia High School Cheerleading Twitter

The Competition Cheer team traveled to Columbus, Ga. to compete in the state competition on Friday, Nov. 15. The team has been working hard all season, hoping  to get a chance to compete for a shot at the state title. At their first competition, they placed second, starting their season off in the top three. The team went through some difficulties before their first competition with seven injuries, but they were able to pull through with a second place win. They competed at many competitions after that, which gave them a spot at state. At the state competition, they competed in the 7A division. They went against several Forsyth teams, including Lambert, South Forsyth, and West Forsyth. After day one, the team was positioned in second place with Lambert High school in the first place. When the second day ended, the North Forsyth team came out with a third place win in their division. The state competition was the last competition that ended the season for the 2019-2020 competition cheer team.