North Dives into National Beta Week with Tons of Activities 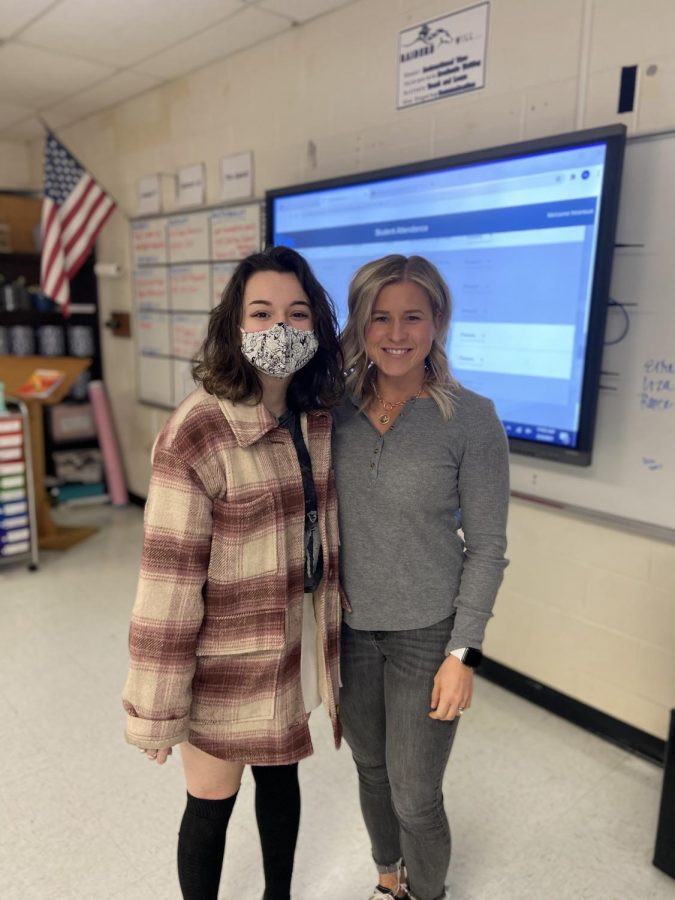 Mrs. Transue thanks sophomore Liv Ritacco for adopting her as a teacher during a Student Council meeting. Photo by Sarah Treusch.

National Beta Week was from  March 1 until March 5, and every day the NFHS Beta Club challenged its members to a different task. The endeavours’ had their own positive and uplifting theme that correlates perfectly with what the challenge entails.

On Monday, March 1, Beta members took “ONE step to impact the world.” Their goal was to complete 7,500 steps that day, but if a member was able to get 10,000 steps, they would  receive two service hours.

The activity for Tuesday, March 2 was writing encouraging letters on 5×8 note cards handed out at the Raider Roast. Their goal was to uplift others.

On Thursday, March 4 there was a Humane Society Supply Drive. Mrs. Combs and Mrs. Johnson updated the itsLearning page with more information on what kind of donations that they wanted.

Up to four Beta members could work together to write 30 heartfelt notes for a teacher for “Adopt a Teacher Day” on Friday, March 5. The box or bag of notes were delivered to the teacher of choice on that Friday.

“I was very excited to adopt a teacher because I love my teachers. Mrs. Summerour…has made a big impact on my daily school life and deserves to be appreciated,” said Hickman.

National Beta Week was celebrated to the fullest by all of their members earning multiple service hours and bettering the Raider community.