The House of Four Scythes… Enter if You Dare! 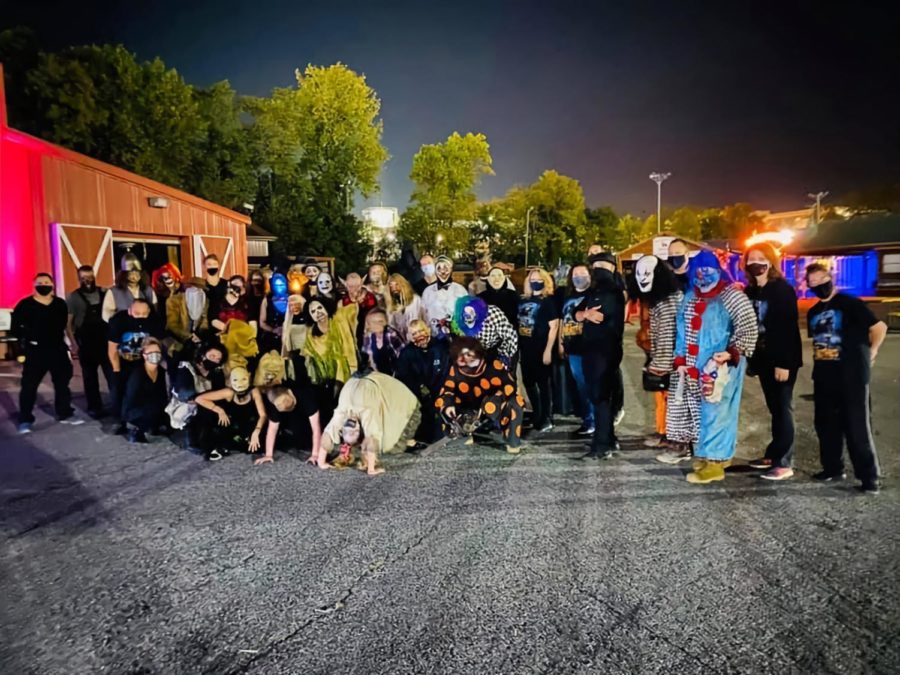 Senior Alyse English is one of the many high schoolers involved in what she refers to as “The Haunt.” English has been a part of the attraction since its upbringing in July 2019. When asked how business has been so far, she replied, “The Haunt has been going great! We have surpassed our earnings from last year, and rather quickly too. Every night has been busy from start to finish, except for the first Thursday when it was pouring rain outside, and no one was at the fair.”

English also commented on the attractions’ approach regarding Covid-19. “All volunteers wear a mask, and we ask that our guests wear them inside with us as well. Once we finish for the night, everyone puts their costumes back up or in a bucket for washing. But regardless if they want it to be washed or not, everything is sanitized.”

For makeup, The Haunt has a team of about three to five artists who assist thirty actors in getting ready. Not everyone needs help, though. English’s character is spider-like and has eight prosthetic eyes attached to her forehead. She stated, “On a good day, it could take me about 10 minutes to do my makeup.” The makeup team arrives 30 minutes before the actors do to set up everything. They have a checklist of everyone’s names to keep track of the actors and their makeup. The crew members have their own custom-made prosthetics to fit costumes.

Through Oct. 22-23 and 29-30, an additional attraction will be available at the House of Four Scythes. They will have a circus-themed clown town called “Carnival of Screams” with chainsaws and other surprises. “Whoever enters the tent maze will be terrorized by clowns and will have to find their way out.” English continued, “There will also be a bunch of food trucks and other activities. I would highly recommend checking us out. We’ve put a lot of time into this.”