Win for the Raiders at the Playoff Games 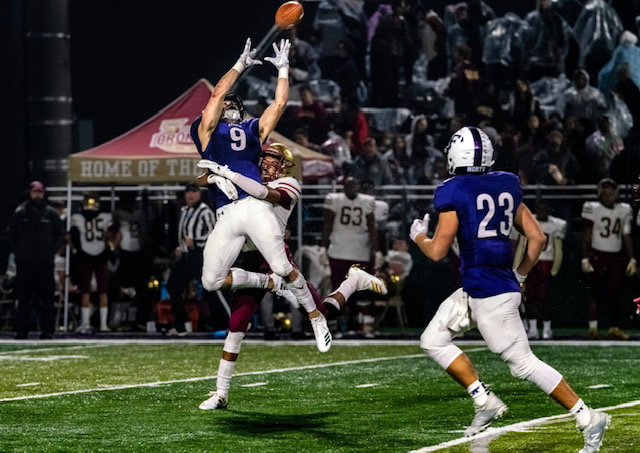 Nicky Dalmolin leaping to get a touchdown at the Playoffs on Nov. 8. Photo by: Ben Hendren

North defeated Brookwood by four points with a spectacular comeback on Friday, Nov. 8 at the playoff games. This was the Raiders eighteenth time playing in the playoffs, but they have not been able to move forward in playoffs in the past.The ending results were close; however, during halftime, it was not looking too good for the Raiders. The score was 36 to 9 with Brookwood in the lead at halftime. The Raiders pulled through to bring a huge comeback making 35 points on the scoreboard.  Our Raiders had home court advantage, and many Raider fans came to cheer them on, which helped the team keep fighting. “We just kept fighting. We never thought we were out of this game. We just stayed with it and we won,” said Meitz, the  starting quarterback of the team. Overall, the game ended with a win for the Raider, moving them up toward the second playoff game against the Mceachern Indians.