How COVID-19 has Affected the United States Economy 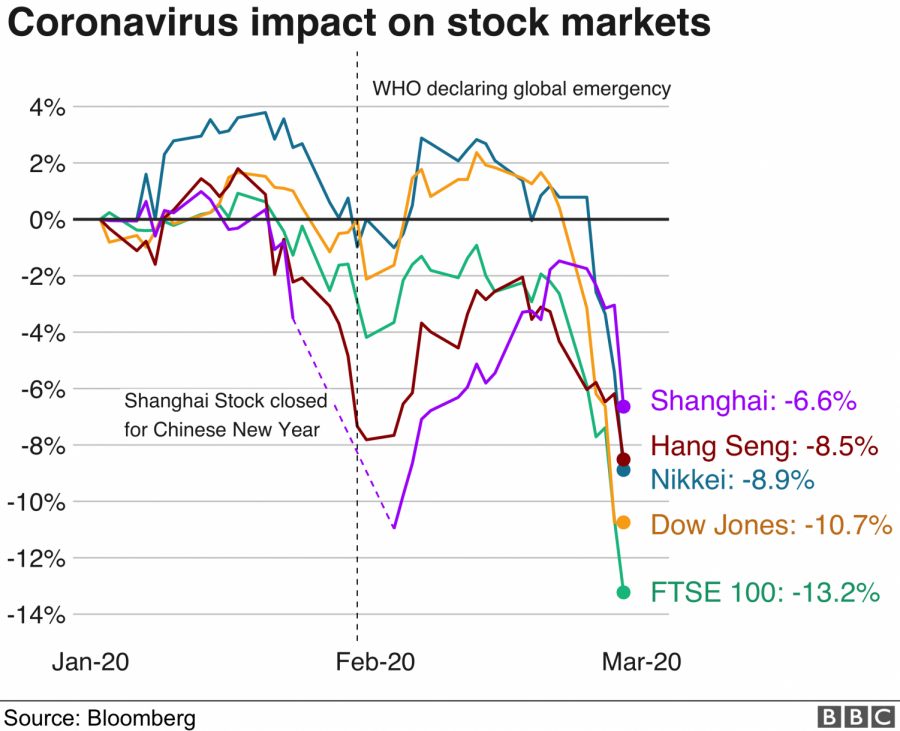 Due to the coronavirus, the stock markets have decreased greatly in the past couple of months. (Photo By BBC News}

The panic that this virus has resulted in turmoil in the global stock market. Many people are unemployed due to the stay-at-home order and cannot provide for their families. The demand for oil has decreased due to families being stuck inside. Travel has also been restricted, and people are told to stay at home. As a result, the economy and stock market have been negatively affected and heading towards a recession.

The stock market, during a recession, usually declines quickly and sharply before leveling out at the bottom. After a few months, it will reassemble and the economy will start to buzz again.